Ikea started selling an ebike in 2015 called Folkvänlig (Peoplefriendly). It was designed by protanium which designs nice looking ebikes but since they apparently forget learn how batteries work the quality was terrible and they disappeared short after ikea had too cancel their ebike just one year later.

In swedish they claim that it has “the best battery on the market” which is a hard fail. Just because you have panasonic cells does not make it the best battery in the world. First of all, there are OTHER batteries that also have panasonic cells! Also the tiny 300Wh is only better then about 2% of all other ebike batteries in the market so really shameful advertising from the flagship store in Älmhult.

Now Folkvänlig is back from another supplier and i quickly found out it was from no other then Porta Power. Hard to miss since its on the charger:

Browsing through the latest Porta Power catalog i find several of the worst batteries i have ever encountered like the bottle type batteries, little frog, in tube and most rear carriage types. The new Ikea batterypacks are called “Multi-Fit:

Its not ugly but its no looker either. Just a block of black plastic with a few sticker…. 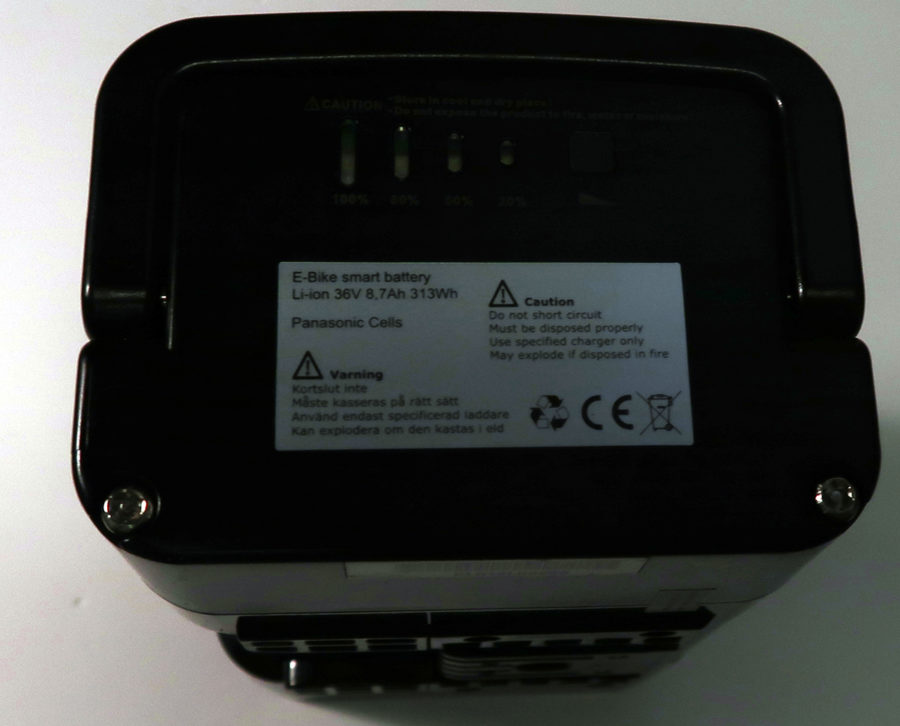 Ikea went with the 10S3P version. “Smart battery” in this case means planned obsolescence = you have to replace it yearly…

Nothing spectacular about the BMS but if you have opened a lot of porta power batteries you notice all the familiar components.

New however is the ridiculous amount if black silicone. So much even the screws are covered.

Pulling out the battery is not an options since there are so much silicone with hidden wires inside. But from the part sticking out its clear they are using Panasonic PF manufactured in October 2016.

But when the combined voltage of all cells equals no greater then 0,53V the shit-for-brains at porta power have ruined 30 perfectly good cells. How they can be so rudely incompetent that they build batteries with BMS that kills the cells in record times is far beyond me! They have been around since 1992 and claim they can manufacture 1 million batteries a month so why are they still in business!

Panasonic is probably one of the best lithium ion cells on the planet! It can withstand short curcuits, drops, extreme cold, several minutes of hot temperature (100’C), severe over and under charge and still manage to hold current and in most cases does not even loose capacity! They can be in stored for 16 mounts without any capacity loss so how the trained moneys at porta power has manufactures a BMS that most likely gets to damn hot and sits to close to cell so they die is worth an ISO certification of its own!! They manage to it just so the cells do reach thermal runaway and still die just after the warranty period is over (slight before in this case).

BMS has two functions that normally generate a lots of heat. Discharge is the most important and its handles by the mostfets that all BMS usually have. The number of mosfets placed in the BMS controlls how much current it can handle. But as you can see in the image  the BMS on the left has a metallic plate. The plate is not just there to make it look goods and protect the components, it always thematically connected to the mosfets to relieve them of some of the heat created.

Porta Power bms does not have that. Instead they place the mosfets vertically and sometimes attach them to small heatsinks. So whats the problem? Well their batteries are often extremely compact and airtight so the mosfets get hot and there is not limit to what temperature they can reach. The heatsinks helps them spread the heat to the rest of the battery. The heat shrink then becomes radiators storing the heat generated. Since there is “no escape”, the heat it transfers to cells casing making them hotter. Even if the bms gets to rest i can take up to an hours before it cools down completely. The temperature are estimated to be 40-60*C but a lot higher at some points. The panasonic cells can handle discharge at 60*C so its very likely that the temperature is higher then that for prolonged times in this kamikaze battery.

Another thing thats generate temperature is balancing. Almost all BMS today have a balancing functions that activates after a full charge. Normally cells are charged to 4.25V and then a resistor activates to drive the voltage down to 4.15-4.20. The resitors do this by turning the voltage into heat and this section usually gets pretty hot ca 40-60*C. But in a battery like this where heat is trapped it can get even hotter.

Ive seen this on many batteries before and its a standard feture on most porta power batteries. A little less silicone and maby a mosfet or two more could have easily avoided this and at no extra charge