This is “Biltema” version of the battery. Ca 2 years old and had not been used for 3 months and refuses to start.

Not even the indicator is working.

Much of the interior reminds us about the Porta Power battery. Perhaps the rainbow colored 9 pin JST the most.

Why use wires when you can make ridiculously long nickelstrips?

However none of that matters when the combined voltage of all cells are no more then 2.8V! All cellblocks where below 0.5V!

The customer wanted our cheapest option so we will replace it with superior samsung cells making the battery pack 10.5Ah instead of 8.8Ah and with a higher maximum current limit. We can also upgrade this to 14Ah but the confined space makes further upgrades impossible at the moment.

This is the ikea version, identical except for the color and the sticker:

A lot of white silicone on the 5.5mm2.1mm DC charging port, identical to the porta power battery. However DC ports are NOT made for and are NOT suitable for charging so many users have problem with this. Either poor conductivity, loose pins or in some cased critical short circuits making the inner of the port vaporize or shorting the BMS making it impossible to charge.

The BMS called KLC96PS04A gives 0 hits on the internet, good luck finding a spare, that fits the tight space, and also can give the same output and work with the indicator and on/off button. Protanium, have really gone to lengths making it literally impossible to repair the battery when the BMS goes bust. The silicone hides scews, very similar to the Promovec BMS that have identical wires, temp sensors and similar design.

3 mosfets handeling the heat, which is enough, but their placement, a few mm next to the cells is bad and one of the main reasons these batteries die after only 1-2 years.

To the left, dual fuses, exactly like the Porta Power Battery! 15 or 25 fuses if i remember correctly. However they must be fittet PERFECTLY to fit the tight space! They better not be claustrophobic! To the right you can se the rubberlist that has dual strips for some reason. Since its not possible to open only the fuse compartment this makes little sense.

Every wire has to be attached 100% perfectly to even make the pack go in the case! There is not even half a millimeter left for error which makes me wonder how they build these packs (by robots) or if they have to scrap/rebuild half of all packs because of wire issues?

Instead of having a wire going to the other side of the battery they have HUGE nickelstrip! The only reason is because of the tight space! There seems to have been extremely poor communication between Protanium and their Chinese manufacturer to come to this solution. Nickelstrips are good for short distances but for longer distances there are poor documentation so it COULD get very hot. Its only 0,1-0,15 mm and about 10mm in width. NOT an optimal solution.

The datecode suggest the cells where made in February 2014. Time of death: <2 years 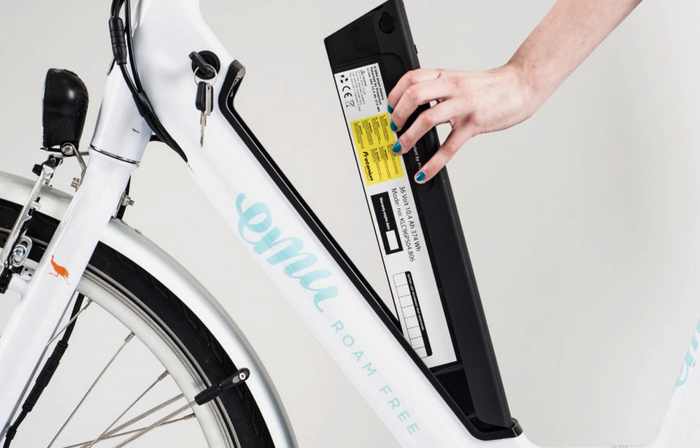 The speed bike version is also sold directly on Alibaba.