How accurate is the capacity test on Liitokala Lii-500? 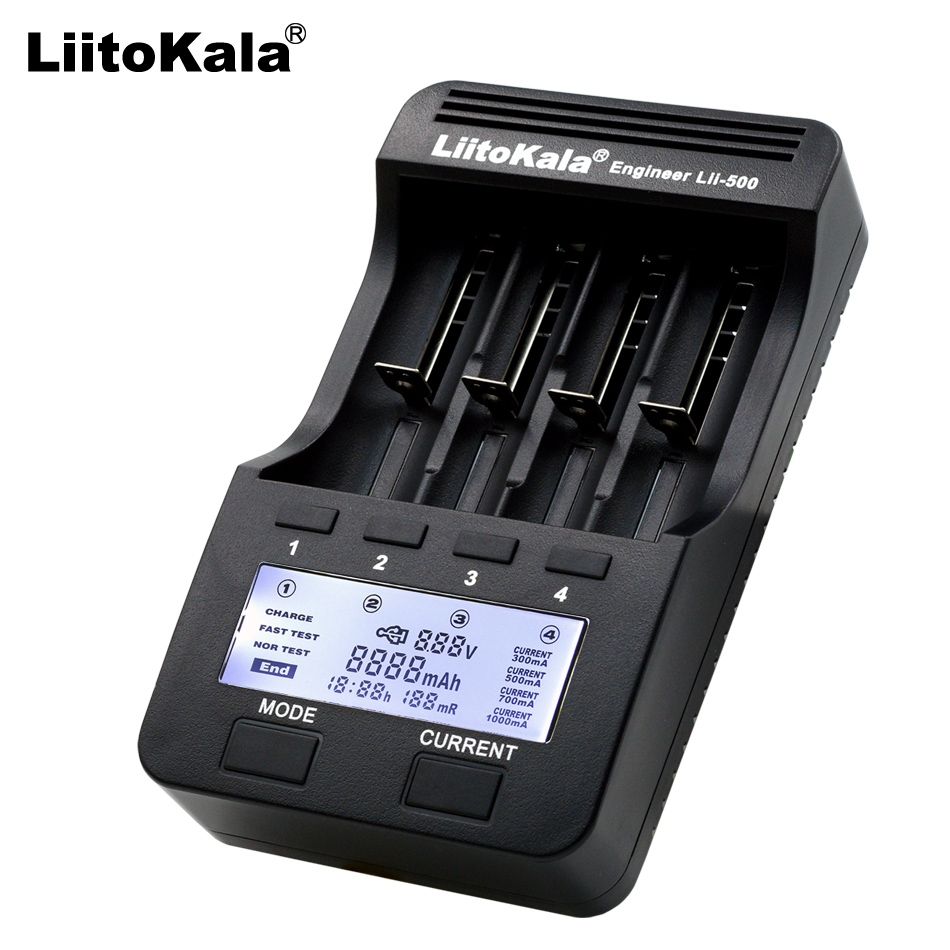 We are resellers of littokala chargers and also use them daily for testing used 18650 cells. We run 5 Lii-500 daily testing more then 5000 cells yearly. We believe Lii-500 is one of the best hobby chargers there is but testing the capacity of lithium cells and other is an advanced science and here we will try to tell how exact the Lii-500 is at this task.

In the first test we will test the same cell in the same slot 4 times to se how much the individual difference is between tests. A good discharge tester should have almost the same capacity when testing the same cell several times. However there are many variables that need to be considered when testing cells. Even if you have the same parameters a slight change in temperature can be an important variable. Without a temperature controlled chamber no test will be 100% accurate.

Next test is done testing the same cell in all 4 slots. Here the difference is more noticeable. We also had to split the test result into two since the first two machines are a lot older then the 3 never ones and the results where quite different. On the two older machines (that have been used more then 500 times) they have an average difference of 182mah, that’s 94.5% correct. The newer machines has only a 91mAh average difference meaning they are 97.2% correct on average. The Liitokalas clearly gets more incorrect after use so if you want the most accurate results then replace them yearly or after ca 350 uses.

Notice that NO capacity tester is 100% accurate that is because the battery cells “suck up” a different amount of ions every time! compare this to a machine filling up a glass of water to exactly 100.00% of every time, no matter how good a machine is it will never be the exact same amount if microlitres in the glass.

For a really price worthy hobby charger that can charge and test 4 cells at the time at an accuracy of at least 97% when new then this is a REALLY GOOD product!