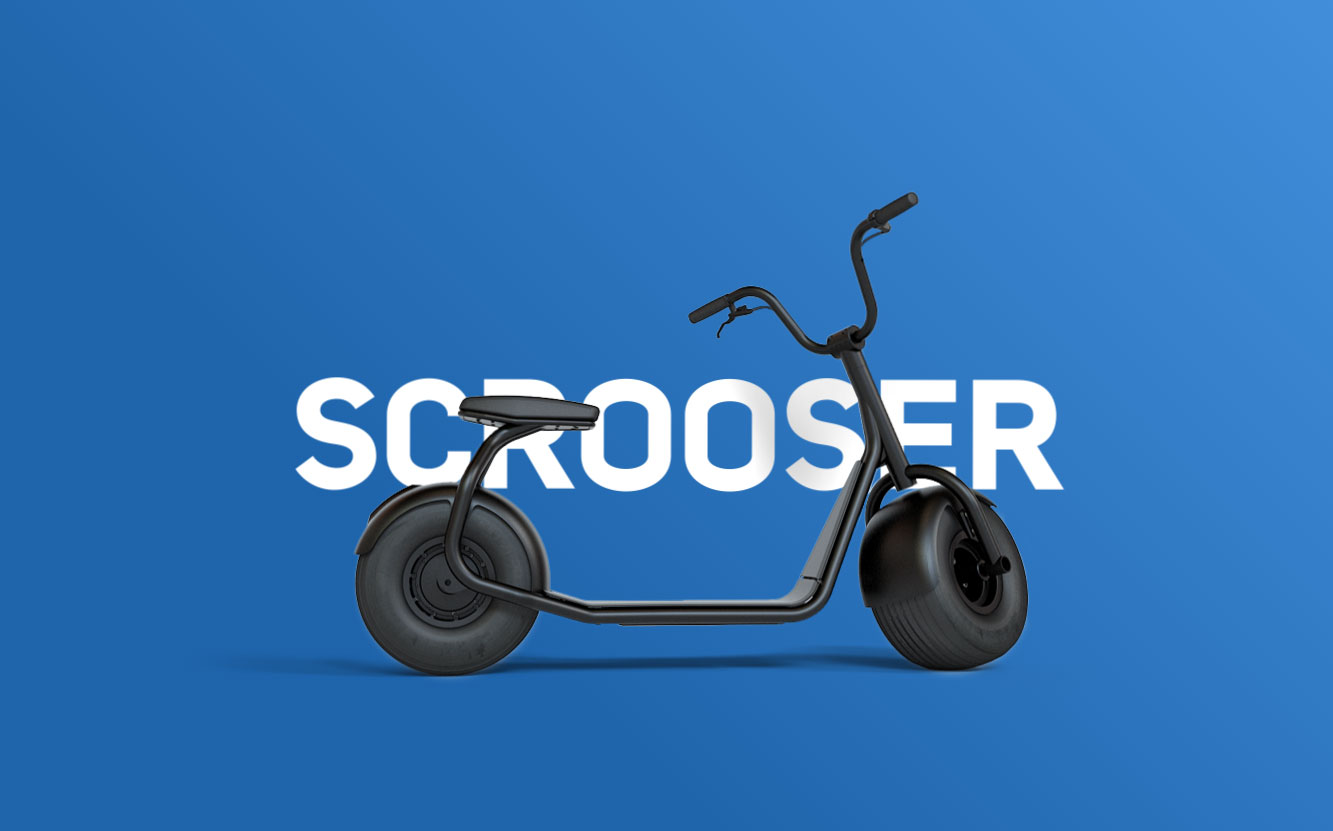 Where segway succeeded the scrooser failed. No one actually bought it even thought everyone wanted to. Most likely due to its high price which was $5831 with tax in germany. Another problem was that it still was not for sale, only for pre-order. According to the kickstarter the delivery was not made until augusti 2016, more then 3 years after the kickstarter ended!

But in 2015 something happened. Scroosers started popping upp everywhere but with different name. One of the earliest ones was SEEV from SSR Motorsports in USA. 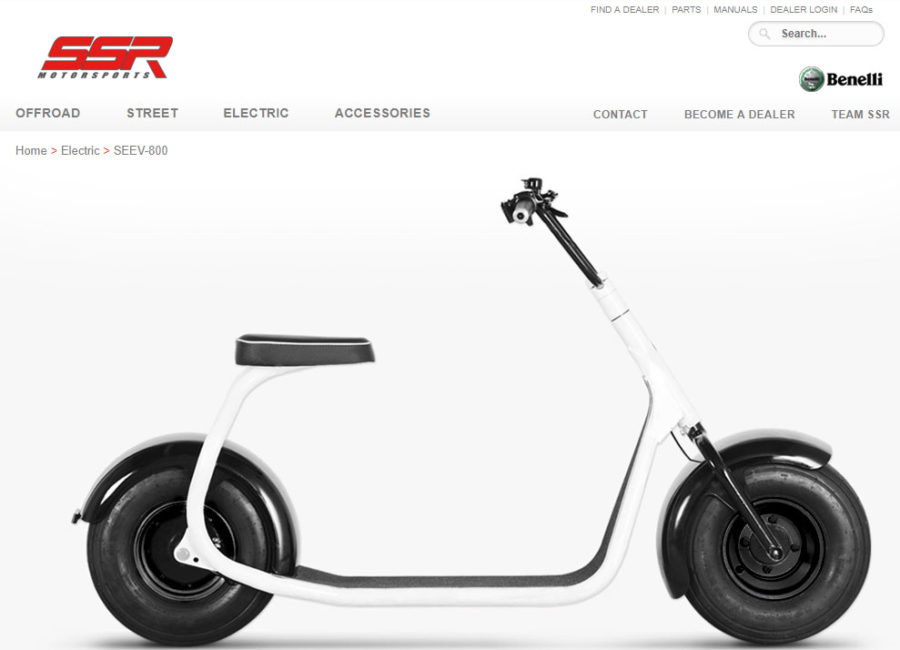 But is wasnt a scrooser, it was a chinease clone:

Most likely Scrooser did manufacture the frame, wheels, motor and fenders in china even thought they claim they would manufacture it in Germany. This also lead to the their downfall. The Chinese also liked the design so much they stole it! By 2018 there where several 100 of manufacturers in china that build clones with the same basic frame, wheel and motor set. It was for some reason called “City Coco” and today there are 12,548 versions of this scooter listed on alibaba! Many of the factories have developed new frames adding a passenger seat or making i 3 wheeled but all are stem from the same frame scrooser had manufactured in china. 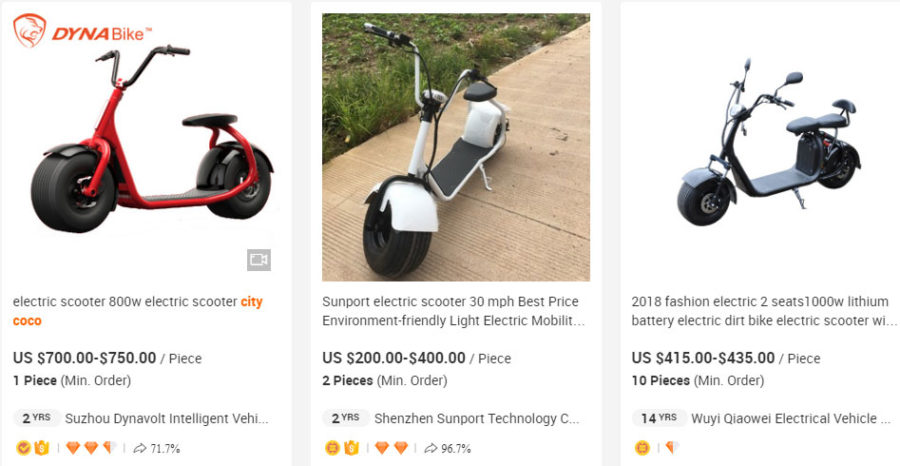 The price was so low compared to scrooser so they had a hard time getting anyone to buy it or even less to become a re seller. In novermber 2016 they declared war on the counter fitters in china but what could they really do? They sold poorly, did not have any money for legal battels and they probably know they had lost already. For every scrooser sold most likely about 10000 clones where sold worldwide. 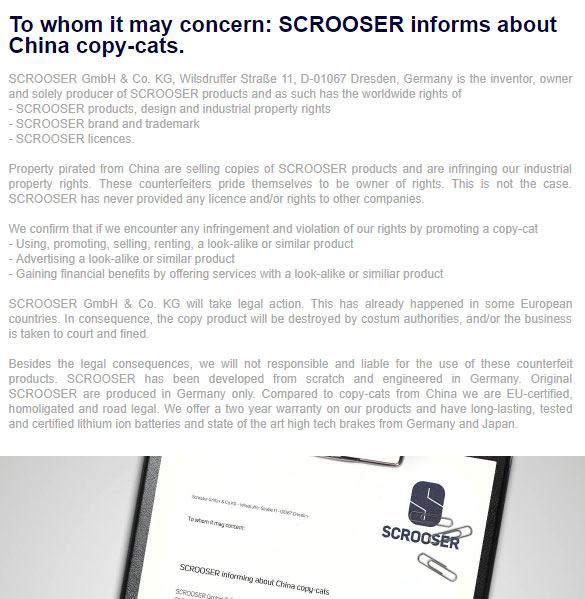 Soon after they actually started delivering it they gave up on finding re-seller. Instead they had a buddysystem where buyers could lend out their scooter for testdrives for a discount: 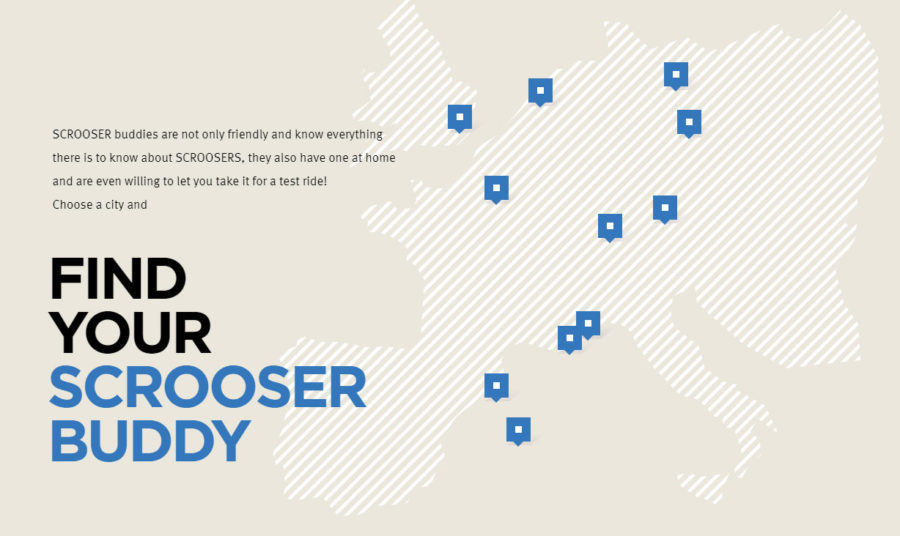 They also tried splitting it up in 2 models, pure (basic) and prime (more colors, seat coating etc) but that did not help. And now in september 2018 they have completely removed the webshop from their site in both the english and german version.

I also tried mailing them but their email is not working:

Most likely we heard the last from scrooser.